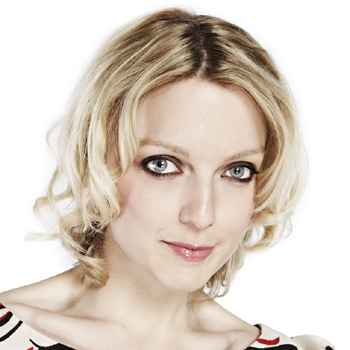 Lauren Laverne began her career in indie band Kenickie while still at school. Following the group‘s split in 1998 Lauren moved into broadcasting. In radio her highly acclaimed stint as a DJ for leading London radio station XFM was followed by a move to BBC 6Music, where she now hosts a daily show.
Lauren also has successful and varied on-screen career, presenting TV shows such as Transmission, The Culture Show, Style on Trial, 10 o'Clock Live and coverage from music events including Glastonbury and The Mercury Prize.
In 2010 Lauren published her first book: Candy Pop: Candy and the Broken Biscuits and writes a weekly fashion column for The Observer and is also a regular contributor for Red magazine.
She is also no stranger to the red carpet, having hosted the Scott Pilgrim vs The World and The Girl With The Dragon Tattoo premieres in Leicester Square.
in 2013 Lauren returned to our screens presenting the third series of 10 o' Clock Live on Channel 4 with Charlie Brooker, Jimmy Carr and David Mitchell.
Lauren currently presents Desert Island Discs on Radio 4
Read More