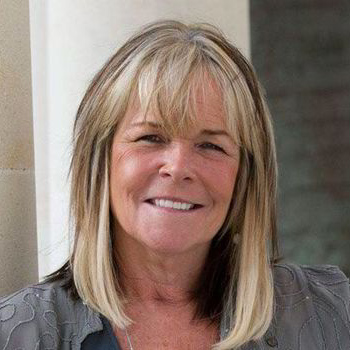 Actress and presenter possibly best known for her role as Tracey in the BBC comedy series 'Birds of a Feather' from 1989 - 1998.
A regular guest panellist on Loose Women in 2003, 2010 and 2011 she has also appeared in programmes such as The Bill and Crossroads.
She featured alongside Jenny Eclair and Dillie Keane in the original cast of Grumpy Old Women Live, a spin-off from the television series Grumpy Old Women and also appeared in the Channel 4 series Come Dine With Me in 2006, in which she came last.
In 2007 she narrated a show for ITV called Britain's Youngest Brides and also that year joined Pauline Quirke on The Paul O'Grady Show.
In 2008 she entered Celebrity MasterChef and reached the semi-finals and in 2010 made a guest appearance in the BBC drama series Casualty, playing the mother of a young man with bipolar disorder.
She is an occasional guest radio presenter for BBC London 94.9.
She has also appeared in numerous reality TV and game shows, including Dick Turpin, I'm Famous and Frightened!, Celebrity Blind Man's Bluff, Celebrities Under Pressure, The Weakest Link, and Comic Relief does Fame Academy.
In January 2010 she was one of five celebrities to appear in Celebrity Quitters, a factual show about giving up smoking, on Five and she took part in a documentary where she made her lifestyle much more environmentally friendly - low energy bulbs, dumping the Range Rover etc.
Read More