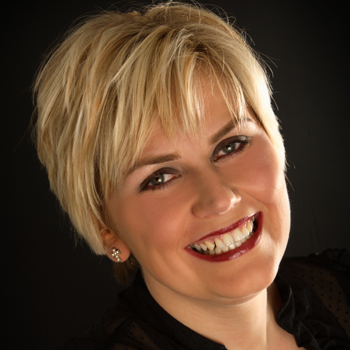 Lisa Potts is a former nursery teacher. She was injured in July 1996 while protecting children in her St Luke's Primary School class in Blakenhall, Wolverhampton, from a machete attack by a man with severe paranoid schizophrenia. Her arm was almost severed in the attack and four children were injured. Lisa, who was 21 years old at the time, also suffered severe cuts to her head, back, and both arms.
In 1997 the Queen presented Lisa with The George Medal for saving the children's lives despite being severely injured. Her attacker, Horrett Campbell, was sent to a secure mental hospital indefinitely, and remains there more than a decade after the crimes.
Lisa suffered severe scarring, depression and post-traumatic stress disorder and was awarded £68,000 compensation more than four years after the attack.
She subsequently worked as a counsellor and in 2001 started a charity, Believe To Achieve, based in schools in Wolverhampton. The charity aims to encourage independence and enhance self-esteem in children.
Lisa's autobiography, Behind the Smile, was published in 1998, with a foreword written by Cherie Blair.
Lisa has been telling her story at events in the UK, talking about what happened in 1996 and how she overcame the ordeal.
She received an honorary degree from Wolverhampton in 1998 for her services to children.
She has also written books for children including a prayer book called 'Thank you God' and a book called 'Heroes for a day' which is a collection of stories about people who have had amazing stories.
Lisa is now training to be a nurse but still makes time to speak at events.
Lisa was a superb speaker for our event in the city to an audience of 80 Personal and Executive Assistants.  She was warm, extremely humble, funny and so very inspirational.  It has been 19 years since the event happened in which she was savagely attacked, along with the children. You realise when hearing her speech that there are really not many people like her that would do what she did and react in such a way that nobody was killed. There are so many lessons to be learnt about human beings during her speech and we received many, many emails the next day on her presentation.  Lisa didn't use PowerPoint or notes event, just spoke from the heart and that is what made her speech even more special and endearing there were strong messages that come throughout, and I wouldn't hesitate to recommend her as a speaker at other events"   Hays PA & Secretarial Client PA Networking Event - July 2014
Read More