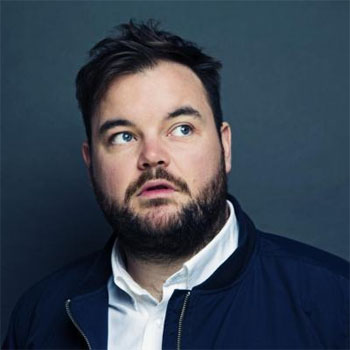 Lloyd Griffith is a comedian, presenter, actor and choirboy.

Lloyd has co-hosted SOCCER AM every Saturday morning for Sky One/ Sky Sports alongside John Fendley and Jimmy Bullard since 2017. He also one of the hosts of new Netflix comedy action game show FLINCH with Desiree Burch and Seann Walsh.

Lloyd supported Jack Whitehall and Rob Beckett on their respective sold out 2017 UK tours including dates at Liverpool Echo, Newcastle Metro, Manchester, Leeds and Wembley Arenas and Hammersmith Apollo. He went on to sell out two of his own UK tours with hit shows IN:UNDATED (2017-2018) and ALL ROUNDER (2019).

Lloyd can often be heard performing with the choirs of Westminster Abbey, St George’s Chapel – Windsor Castle and various other nationwide groups.

A great choice for an after dinner speaker with that "something different choir boiy appeal!"