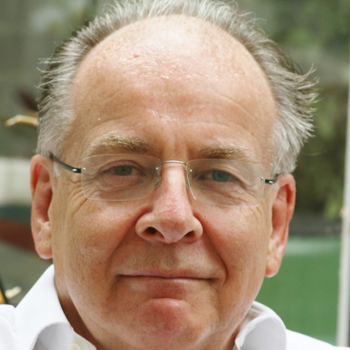 Charles (Charlie) Falconer was Lord Chancellor 2003-2007. Originally appointed with the remit of abolishing the office, he quickly concluded the aims of abolition could and should be achieved through reform not abolition. In conjunction with the then Lord Chief Justice he worked out a detailed new relationship between the judiciary and the executive, which was embodied in the Constitutional Reform Act 2005.

He went on to become the first Secretary of State for Justice, bringing together courts prisons and justice policy for the first time. He was responsible for leading a department with a budget over £10billion, and over 22,000 employees.

Falconer's political career began in 1997 when he joined the Blair government as Solicitor-General, having been made a life Baron. Moving a year later to the Cabinet Office he became key part of the team around the Prime Minister. He was involved in all the critical issues which faced the government from 1998 until the 2001 such as relations with Europe, the Euro, the intervention in Kosovo, the petrol crisis, and employment law changes.

In 2001 he became Housing, Planning and Regeneration Minister and in 2002 he became Criminal Justice Minister. Both roles led to genuine public service reform, in relation to the planning and criminal justice systems. His reforms included the creation, for the first time of a Supreme Court for the UK, the creation of a commission to appoint judges, making a full-time independent judge the Head of the Judiciary for England and Wales and introducing an elected Speaker for the House of Lords.

He was instrumental in leading and delivering change in a wide range of areas within the UK government, and represented and negotiated for the UK at the highest level throughout that period. He has wide experience of being in or dealing with government in the UK, and globally.

Before 1997 he was a commercial barrister, involved in many significant commercial issues of the day, including the legality of first gulf war; the asbestosis litigation in the USA, and the UK, and its effect on the insurance market; the 84/5 Miners' strike; the BCCI collapse and the Maxwell frauds.

He dealt on a wide range of issues for the UK frequently meeting with foreign leaders such as the presidents or Prime Ministers of China, France, Australia, Thailand, Turkey, New Zealand, and Pakistan. He has also worked extensively with the EU, with both member states and the Commission.

He has also worked in the USA, meeting and negotiating with members of the US administration (both Democrat and Republican) as well as meeting, dealing with and speaking widely to commercial, academic, legal and more general audiences in the States.

He has established good links with China, in particular encouraging close commercial law links. He has also worked extensively with the Indian administration to secure access for UK lawyers, again dealing at the highest levels.

He is a popular speaker at corporate events, providing a unique insight into the corridors of power, and how the world revolves in this era of globalisation. He speaks authoritatively on leadership and managing change, balancing substance with humour so to maintain interest.

On a lighter note, he is a highly amusing speaker with hilarious anecdotes from behind the scenes of Parliament and the judiciary, and of course there is the odd story involving his former room mate Tony Blair!