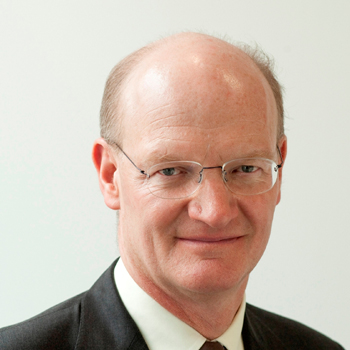 David Willetts is Executive Chairman of the Resolution Foundation and a Visiting Professor at King's College London. He is Governor of the Ditchley Foundation and a member of the Council of the Institute for Fiscal Studies.
He was Minister for Universities and Science, attending Cabinet, from 2010-2014. He was the Conservative Member of Parliament for Havant in Hampshire from 1992-2015. Before that David worked at HM Treasury and the Number 10 Policy Unit. He also served as Paymaster General in the last Conservative Government.  In 2015 he became a member of the House of Lords.
He has written widely on economic and social policy; his most recent book is 'The Pinch', published by Atlantic Books.
David Willetts was educated at King Edward's School, Birmingham, and Christ Church, Oxford, where he studied Philosophy, Politics and Economics, graduating with a first class degree.
Lord Willetts has held the position of Minister of State (Department for Business, Innovation and Skills) (Universities and Science) (2010 to 2014), Paymaster General (HM Treasury) (1996 to 1996), Parliamentary Secretary (Duchy of Lancaster Office) (1995 to 1996), Lord Commissioner (HM Treasury) (Whip) (1995 to 1995), Assistant Whip (HM Treasury) (1994 to 1995) in government.
He was Shadow Minister (Education) (2007 to 2010), Shadow Secretary of State for Education (2005 to 2007), Shadow Secretary of State (Trade and Industry) (2005 to 2005), Shadow Secretary of State for Work and Pensions (2001 to 2005), Shadow Secretary of State for Work and Pensions (1999 to 2001) and Shadow Secretary of State for Education (1998 to 1999) in opposition.

Chairman of the Resolution Foundation, a think tank, and former MP and Minister for Universities and Science. Renowned as a big thinker, he was nicknamed Two Brains, and was a leading member of the HM Treasury and No 10 Policy Unit