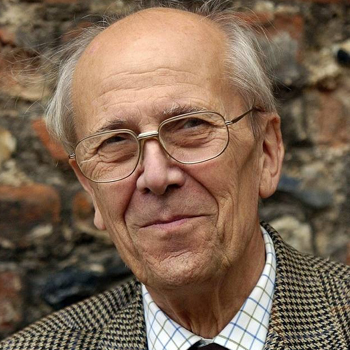 Lord Tebbit of Chingford is one of Britain's most outspoken conservative commentators and politicians. He was a senior cabinet minister in Margaret Thatcher's government and is a former Chairman of the Conservative Party. He has also worked in journalism, publishing, advertising and was a pilot in the RAF and British Overseas Airways.

Born into a working class family, Norman Tebbit attended Edmonton County School, an academically selective state school in north London. He became a journalist for the Financial Times before serving with the Royal Air Force. During four years of National Service he flew Meteor and Vampire jets and had to break open the cockpit canopy of a burning Mosquito aircraft to escape from it.

On leaving the RAF he joined BOAC in 1953 as a pilot, during which time he was an official in the British Air Line Pilots Association. He was elected MP for Epping in 1970 and then for Chingford in Feb 1974 and was in office there until 1992.

After the Conservatives won the general election of 1979, he was appointed Under-Secretary at the Ministry of Trade.

In the September 1981 Cabinet reshuffle, Mrs. Thatcher appointed Tebbit as Employment Secretary.
In the post-election October 1983 reshuffle, he moved from Employment to become Trade and Industry Secretary.
He was injured in the IRA's bombing of the Grand Hotel, Brighton during the 1984 Conservative Party conference (he still has a slight limp, but was largely protected by a mattress falling on him). His wife, Margaret, was permanently disabled.
From 1985-87 was Chancellor of the Duchy of Lancaster.
He decided not to stand in the 1992 election, in order to devote more time to caring for his disabled wife. After the election he was granted a life peerage and entered the House of Lords as Baron Tebbit, of Chingford in the London Borough of Waltham Forest.