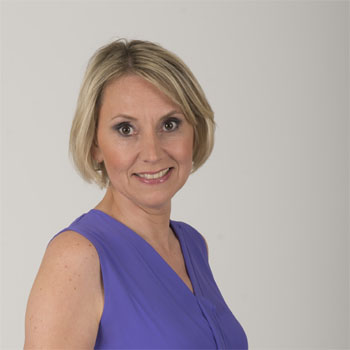 Louise presents on BBC5 Live’s Wake Up To Money and BBC Radio 4’s Money Box Live. She does also write for various newspapers and has a regular Money Column for the Spectator.

She started her career at Goldman Sachs as a stockbroker and then went from one extreme to the other and became a business journalist, primarily on air at the BBC World Service Radio.

Whilst working as a market analyst at the interdealer broker BGC, her regular media appearances during the Eurozone financial crisis got her dubbed the "Downturn Diva" by the Daily Mail.

Described as ‘passionate, animated and knowledgeable’ with the ability to read the dry figures and ‘get to the real story lurking beneath’. Louise has an in-depth financial knowledge and the great skill of making the complicated comprehensible.

"Having engaged Louise to address our 2016 annual members’ conference, where she gave a compelling presentation on the UK Economy, we invited her back by popular demand in 2018 and once again the feedback has confirmed her to be an engaging, thought-provoking and masterful presenter with a thorough understanding of her topic."