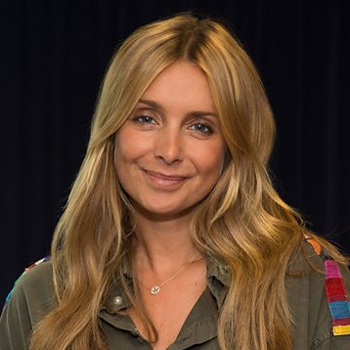 Louise was in girl band Eternal before embarking on a highly successful solo career in 1995.  Her already high profile was elevated after her marriage to Liverpool and England footballer, Jamie Redknapp.  She was named FHM's sexiest woman of the decade in 2004.
Her first solo album, Naked, was a huge smash, spawning five hit singles and selling over a million copies. In 1997, Louise set off on her first UK tour, playing at over 20 sell out venues across the country including Wembley Arena. Louise released a further three albums, 'Woman In Me', 'Elbow Beach' and 'Changing Faces' along with seven more hit singles, before embarking on another UK tour in 2002.
She turned her hand to presenting, with a stint on SMTV Live/CDUK.  Her charming and down to earth style made her popular with the viewers.  In 2003 she hit the UK Top 5 of the UK singles charts again with Pandora's Kiss which raised money for Breast Cancer care and took her record sales to 4.5 million in the UK alone.
Having taken time out for her family (Louise has two sons) she returned as the face of Thomas Cook (along with husband Jamie), and other commercial activities included Triumph lingerie and Nintendo Wii Fit, as well as being brand ambassador for Wrigleys, Fashion Union, Wallis Petite and Carlsberg's Eve.
She is also a successful TV presenter, co-hosting the re-launched Clothes Show, and featuring on ITV2's Soccer Aid 2006 and 2008 as well as being a fashion pundit for the BBC at Royal Ascot. In 2007 she put herself through a punishing 30 day ordeal to expose the 'Truth About Size Zero', an in depth observational documentary that followed Louise on a personal journey investigating what it really takes to be super slim.
In 2008 Louise highlighted her business acumen and creativity as a member of the winning girls' team on 'Sport Relief Does The Apprentice'. In 2009 she featured in a follow up ITV1 documentary 'Super Skinny Pregnancies' which investigated the pressures on women to stay in shape during and after pregnancy.
Following a stint in 2009 guest co-presenting alongside Tim Lovejoy on BBC's 'Something for the Weekend', Louise kicked off 2010 as the new permanent co-host. She was also a judge, alongside Arlene Phillips, Nigel Lythgoe and Sisco Gomez, on BBC1's 'So You Think You Can Dance' Series 1 and 2.
In 2011 Louise turned her hand to acting, playing Ray Winstone's wife Irene in 'The Hot Potato'; she was the face and hair for Schwarzkopf's hair colour; visited Uganda for Comic Relief and helped launch Sport Relief 2012, encouraging people to run for charity.
In 2012 Louise continues to work in the world of fashion and joined the panel as guest judge for ITV1's Lorraine High Street Fashion awards, and along with her friend make up artist Kim Jacob, launched their 'Wild about Beauty' make up range.
Read More