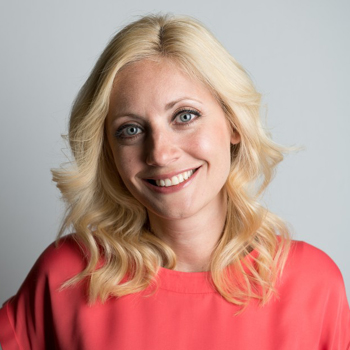 Lynsey's big break came when she joined Manchester radio station Galaxy 102 as presenter on their breakfast show. She then moved onwards and upwards as a travel reporter on Radio 5 Live .
A former presenter on Setanta Sports News and Roulette Nation on Challenge Jackpot., Lynsey presented Sky Sports Poker Night Live and the Sky Poker Open and she has also reported for the Sky Sports football show 'Off The Bar'. In contrast, she has promoted Sky's netball television coverage.
In 2009, she began reporting for Match of the Day, covering their community features and in the same year she contributed to BBC Three's World Cup's Most Shocking Moments compilation.
In 2010 Lynsey joined Al Jazeera Sport as a presenter for their Champions League shows with Gary Lineker. She was the main anchor on Al Jazeera's coverage of the World Athletics Championships alongside Colin Jackson and Denise Lewis, and she also fronted Al Jazeera's broadcasts from the US Open Tennis Final, WTA Championships and the Asian Games.
In 2012 she was a contributor to Euro's Most Shocking Moments, a follow-up programme to the earlier programme on the World Cup, but this time featuring clips from football's European Championships.
Lynsey won a Sony Gold award in June 2012 for co-presenting BBC Radio 5Live's Danny Baker Show and in 2012 she covered the Euro 2012 football championship from Poland for Al Jazeera.
Currently in 2021 she is lead presenter on BT Sport and 5 Live and also presents BT’s coverage of the Champions League, Europa League & FA Cup, as well as the European Football show.
Read More