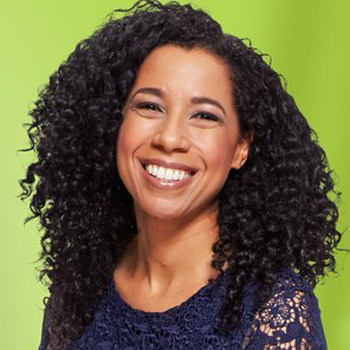 Margherita is one of the best loved faces and voices on British radio and TV. A multitalented presenter able to cover everything from political and cultural issues to what's hot in the pop music scene, Margherita presents her Capital Radio weekday 10am-1pm show and her 6-10am Sunday Breakfast Show on Capital Radio too.

Margherita also presents on Classic FM with her 'Smooth Classics at Six' show every day of the week.

Margherita was chosen to host the official live announcement of London's successful bid for the 2012 Olympic Games and presenting a mini-series for Radio 2 about the history and heritage of Calypso music, she hosted coverage of Live8 from Rome on behalf of all of the independent commercial radio networks and was a judge on the panel for the Mercury Music Prize.

One of the most interesting assignments for Margherita was being personally requested by Prime Minister Tony Blair to interview him, which led to her co-hosting UK Leaders Live, a unique 90-minute Q&A session with all three major political party leaders, again broadcast across all commercial radio networks.

Margherita is also heavily involved in the charities The Prince's Trust and Help A London Child. As an Ambassador for The Prince's Trust, Margherita has hosted Capital Radio's Party In The Park for the past seven years. Other recent broadcast credits include presenting London's Hottest Propertiesfor ITV1, hosting features for GMTVand presenting the Capital Radio Drive Time show live from New York last spring. Margherita also continues to be the voice of Woolworth's TV commercials.

After majoring in video production for a degree in Media and Communication from the University Of Central England, Margherita began her career in broadcasting after winning a 'Search For A Star' competition organised by BRMB in Birmingham. So impressed were the producers that within a week Margherita was presenting her own show for the station and it was from there that she was headhunted by London's flagship commercial station Capital Radio.

She started her TV career by hosting such shows as ITV's junior version of Gladiators, Train To Win, BBC2's The Ozone and Heartland for Central Television (a mixture of celebrity interviews and music). Margherita was also a reporter during the final series of The Clothes Show a job she had dreamed of since she was at school and hosted segments for the BBC2 property show All The Right Moves. As a regular presenter for BBC1's Electric Circus, Margherita interviewed a wide selection of celebrities including Will Smith, Bjork, Robbie Williams and Stevie Wonder. At this time, Margherita also fronted Carlton's flagship weekly music show Videotechfor three years, before co-hosting the popular sports/entertainment show No Balls Allowed with Dermot O'Leary for Channel 4 in 1998/99.

Margherita then moved on to present the channel's cult prime time show for young people, T4 Sunday, for three years (March 1999-January 2002), originally alongside her 'on-screen husband' Dermot, and then with Vernon Kay. This led to the pair hosting the Smash Hits T4 Poll Winners Party together forChannel 4 in December 2001, just a few weeks after Margherita hosted the channel's coverage of the MTV Europe Music Awards with both a late night special and a behind the scenes show. The channel also called on her to present the prestigious first annual DanceStar Music Awards.

2003 saw Margherita work a crazy schedule with her weekday show for Capital Radio, film for Holiday 2003and Summer Holiday (both BBC1) and also fulfil a lifelong ambition and join the regular presenting team of Top Of The Popsfor BBC1, also hosting Top of the Pops Post Show Party for BBC3.

Travelling is a real passion and as well as recently working in Trinidad and the Canaries, Margherita has also had adventures on a road trip across the USA, swam in the Blue Lagoon in Iceland, climbed Ayres Rock in Australia, skydived in Los Angeles and shared a meal with monks at a monastery in Hong Kong.

She was also heavily involved in the celebrations for the 30th Anniversary of The Prince's Trust, which took place with a host of special events and concerts.