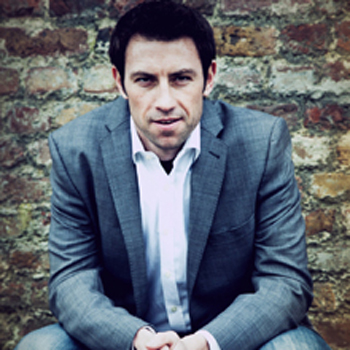 Silver medallist at the London 2012 Olympics, Steve was in a dramatic lightweight double sculls finals with Zac Purchase, when Denmark just pipped them to gold.
Mark's rowing career started at the age of 14 at the Poplar Blackwall & District Rowing Club where, having been introduced to the sport by his father, his dream of representing his country was born and his desire to achieve Olympic glory began.
He quickly progressed through the GB rowing ranks, representing his country in the World Junior Championships in 1995 and 1996 before going on to achieve success at the U23 World Rowing Championships from 1997 to 2000.
In 2001 Mark made the important decision to change class and race as a lightweight, and he has never looked back.
Success in the men's four in 2004 during the World Cup series was followed by being appointed captain of the prestigious Leander Club in 2005 and a win in the double scull in 2006 World Cup. Then, in 2008, a year in which he and Zac Purchase were the only unbeaten crew in world rowing, he confirmed his status as one of the leading rowers in his class by winning an Olympic gold medal in emphatic style.
Following his triumph in China, Mark took a year away from competitive rowing and spent time coaching at UCLA. Watching his athletes compete reminded Mark why he loved training and competing so much, and he has now returned to the UK, is back in full-time training and has his sights set firmly on retaining his Olympic crown in London in 2012.
In November 2010, confirming that they were back at the top of their game, Mark and Zac won the World Championships in New Zealand, paving their way to the silver at the London Olympics in 2012.
Read More