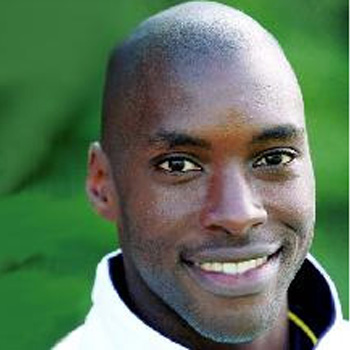 For the past decade Mark Richardson has been one of the World's leading 400m athletes. However, after another season plagued with injury, Mark finally decided to retire from the world of athletics

Mark was attracted to athletics by the achievements of Carl Lewis' at the 1984 Olympics. He confirmed the rich promise that he showed as a junior, and consolidated a place amongst the world's best 400m runners, ranking in the world's top six in 1995, 1997, 1998 and 1999.

At the 1996 Olympics his 43.62 for the 3rd leg in the final was the fastest split at the Games and the fastest ever run by a British runner. He ran personal bests in the finals of both 1995 and 1997 World Championships. In 1998 he missed the British record by just 0.01 with 44.37 in a win over Michael Johnson at Oslo (running a record from lane 1)

Mark is now a Partner at Lane4, one of the UK’s leading Management and People Development Consultancies.  Mark has over a decade of experience working with Boards, Senior Management Teams & Senior Leaders across a variety of industries and sectors within both the private and public sector.

Mark is an accomplished and sought-after speaker & conference facilitator. Most recently Mark was the lead facilitator of two ground breaking leadership summits working with the Top 50 leaders from the largest police force in the UK to help shift the leadership culture.

Mark is passionate about using the principles and insights that he uses in a business context to equip and enable young people to unleash their potential.  His highly disclosive story is one that is highly accessible and encourages young people to set aspirational goals and to search for a path that will fire their intrinsic motivation.

Bright, articulate, entertaining and well informed, Mark can deliver key messages with charm, passion and sincerity. He will tailor his presentations to meet the needs of the client and is a true professional.