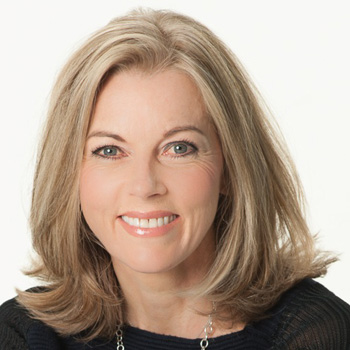 Mary Nightingale presents ITV1's Evening News, and has twice been named Newscaster of the Year by TRIC. In April 2006, Mary presented The Girl Who Would be Queen on ITV1 - an intimate portrait of the Queen on her 80th Birthday where Mary was given exclusive access to the Royal Family's home-movie collection.

Mary joined ITV's Newscasting team in 2001 and won the accolade the next year, and again in 2004. She played a key role in ITV's General Election night programme in 2005 as she did in 2001.

Mary anchored ITV's flagship holiday programme Wish You Were Here from 1999-2001 and also presented The Really Good Food Show, I-Spy and Most Wanted. She's voiced two series of Real Bad Girls for ITV and hosted her own programme for Classic FM entitled Dreaming Aloud - a series of intimate interviews with guests including Stephen Fry and Gordon Ramsay.

Prior to embarking on a career in broadcasting Mary was a Eurobond Dealer and Salesperson from 1986-1990, initially at the Bank of America International and then Tokai International, dealing with European Banks and Investment Funds.