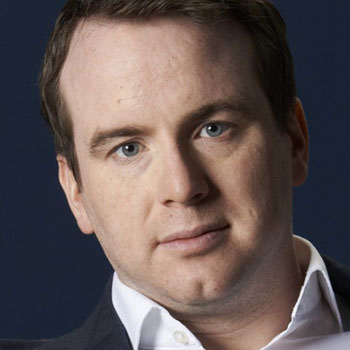 A former political adviser, Matt Forde isn't a typical twenty-something. A passionate, opinionated and excitable young man, he loves football, 'Prime Minister's Questions' and pasties. He has also gone to extraordinary lengths to get close to both Tony Blair and Brian Clough - and has the pictures to prove it!
With his sharp brain, quick wit, political savvy and infectious laugh, Matt is a regular voice on the radio, hosting The Matt Forde Show every Friday night on the Sony-Award winning talkSPORT. He has also appeared as a guest on The Now Show, The News Quiz (Radio 4) and Al Murray's Radio 2 Show.
Matt is a writer for the Channel 4 programmes '8 Out of 10 Cats and 'Stand-Up for the Week'. He also regularly reviews the papers for Sky News as well as a number of scripted projects of his own in development.
At the 2011 Edinburgh Festival, Matt performed his first solo stand-up show to great commercial and critical acclaim. In 2012 he returned to Edinburgh with his new show 'Eyes to the Right, Nose to the Left'.
Matt is an excellent choice for hosting awards, after dinner speaking and chairing and facilitating conferences as well as being a highly entertaining comedy stand up.
" It was great and Matt was fantastic.  Great night " and a really lovely bloke too!"  Upfront UK Company Xmas Dinner
Read More