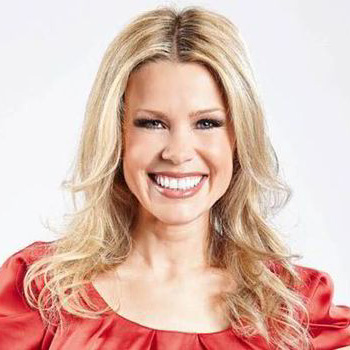 Melinda Messenger shot to stardom in 1997. One day she was a Customer Service Manager but came to national attention when her image featured on a local advertising poster which was repeatedly stolen by eager fans.

The media caught onto this and Melinda was whisked off to London to become the object of a tabloid bidding war culminating in her becoming The Sun's 'Girl of the Thrillenium'.

She quickly became one of Britain's most popular models and has carved out a career as a successful TV presenter.  A glorious blend of domestic goddess, girl-next-door, earth mother and career woman, Melinda is a unique combination of sex symbol and intellectual - a spiritually-minded girl with a social conscience and a huge heart. Very much a 21st century woman, Melinda is many things to different people.

Widely regarded as one of the most successful glamour models the country has ever produced, Melinda has successfully made the transition from glamour modelling to become a bona fide and highly-regarded TV presenter.

In 1997 she appeared on Channel 4's cult show 'Eurotrash'; that same year she was given her own chat show on Channel 5 called 'Melinda's Big Night In'.  From 1998, Melinda became the much-loved presenter of ' Fort Boyard'  which ran for four successful series.  She has since fronted many TV programmes including the live chat show 'Loose Lips', 'Baby Baby', 'Can We Still Be Friends', 'Beat The Dealer', 'Melinda Hits Hollywood' and 'Beat The Crusher' amongst many others.  In 2002, she appeared (and reached the final) of the last 'for charity' Celebrity Big Brother.

Melinda rapidly became a tabloid and magazine favourite, appearing on many magazine covers, including FHM, Esquire and Sky magazine, which brought her to the notice of various producers.  She co-starred in the 2000 cult movie 'Mumbo Jumbo', appeared alongside Kathy Burke in 'Gimme Gimme Gimme' and has made a name for herself in popular pantomimes.

Melinda has presented a host of programmes including the BBC's  'To Buy or Not To Buy', ITV1's 'Bingo Night Live", and 'A Garden For Eden' for ITV West.