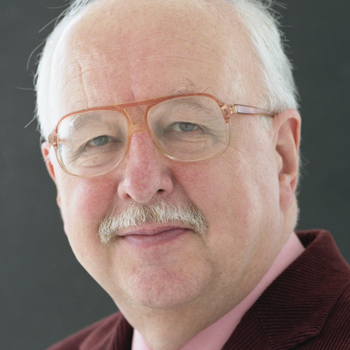 Michael Fish was Britain's longest-serving TV weather forecaster, and probably the best known, before retiring in 2004. He was born in Eastbourne and educated at Eastbourne College. On joining the Met Office in November 1962, his first posting was to Gatwick Airport. He then transferred in 1965 to the Met Office headquarters in Bracknell to work on research projects. Whilst working at the London Weather Centre he took a sandwich course in Applied Physics at the City University between 1966-68.

Michael Fish's broadcasting career began in 1971 when he started forecasting for BBC Radio and in January 1974 became part of BBC Television's weather team and continues to present across all the BBC channels. He also appeared on BBC TV's Breakfast Time from 1985 to 1987 and on Breakfast News from 1991 to 2000

He has made many appearances on television and radio shows ranging from light entertainment to factual programmes. These have included Tomorrow's World and the Sky at Night to Basil Brush and the Val Doonican Show. He has also been involved in the training of television weathermen in various African countries.

He has written numerous articles on travel and weather and acted as consultant for several meteorological books In December 1996, Michael was awarded an honorary Doctor of Science degree by the City University in London and in August 1997 was granted the Freedom of the City of London. Having been nominated in 2003 he finally won the Television and Radio Industries Club (TRIC) Award of TV Weather Presenter of the year in 2004.
In 2004 Michael was made an MBE, an award of which he is very proud, in recognition of his long service forecasting weather for the British public.
Michael lives in Middlesex and is married to Susan, with two daughters, Alison and Nicola. A Fellow of the Royal Meteorological Society, his hobbies include travel, after dinner speaking, giving illustrated talks, and chilling out...
"Our event was a great success and Mr Fish was indeed a highlight!  He was punctual, very smart and extremely friendly to us all. His introduction had us in stitches and we were all enthralled when he began his presentation on Climate Change. He is a total gentleman and a national treasure."   IUA Catastrophe Modelling Conference - October 2011
Read More