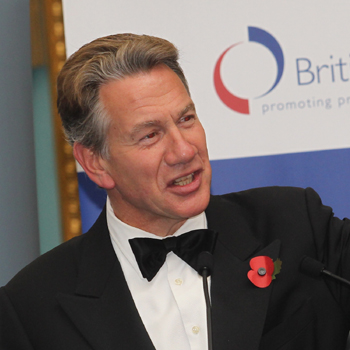 Michael Portillo was born in North London in 1953. His father, Luis, had come to Britain as a refugee at the end of the Spanish Civil War, and his mother, Cora, was brought up in Fife.

Michael attended a grammar school, Harrow County, and went to Peterhouse, Cambridge, where he gained a first class degree in history.

He left Cambridge in 1975, and for a year worked for a shipping company. He moved to the Conservative Research Department in 1976, where he spent three years. At the General Election in 1979 he was responsible for briefing Margaret Thatcher before her press conferences. For the next two years he was special adviser to the Secretary of State for Energy.

Michael returned to politics as a special adviser to the Chancellor of the Exchequer (Nigel Lawson) and in December 1984 won the by-election in Enfield Southgate, a seat he held for thirteen years.

After his 1997 electoral defeat, Michael returned to Kerr McGee as an adviser. He also turned to journalism, writing about walking on the Santiago Way, and working as a hospital porter. He had a weekly column in The Scotsman.

He had a three part series for Channel 4 about politics 'Portillo's Progress',  a programme in BBC2's Great Railway Journeys series, which was partly a biography of his late father, and radio programmes on Wagner and on the Spanish Civil War.

Re-elected to Parliament in a by-election in Kensington and Chelsea in November 1999, he was Shadow Chancellor of the Exchequer  2000 -  2001. Following the Conservatives defeat in 2001, he contested the party leadership but was unsuccessful, and decided to return to the backbenches and stood down from the seat in 2005.

He has made a number of television programmes for BBC2 including Art that shook the world: Richard Wagner's Ring, Portillo in Euroland, Elizabeth I in the Great Britons series, When Michael Portillo Became a Single Mum, and Portillo Goes Wild in Spain (a natural history programme). For BBC4 he made Dinner with Portillo.   In 2003 he began the weekly political discussion programme This Week on BBC1 with fellow presenters Andrew Neil and Diane Abbott MP. In 2004 he  became a weekly columnist on The Sunday Times and was the theatre critic of The New Statesman between 2004 and 2006. In 2006 he joined Radio 4's The Moral Maze team. In 2008 he was appointed chair of the MAN Booker prize.

Michael is a member of the International Commission on Missing Persons in the former Yugoslavia (which organises the identification of massacre victims) He is a trustee of the charity The Parliamentary Committee Against Anti-Semitism, and President of DebRA, a British national charity working on behalf of people with a genetic skin condition. He is the British chairman of the British-Spanish Tertulias, which organises annual meetings between the two countries.
His popular TV series Great British Railway Journeys was first broadcast in January 2010. With the aid of George Bradshaw's 1863 tourist handbook, Michael explored how railways had a profound influence on the social, economic and political history of Britain. Three more series followed, broadcast on BBC2 in 2011, 2012 and 2013.  A similar series shown in November and December 2012,called Great Continental Railway Journeys, followed Michael's travels around Europe.
Michael is a very popular after dinner speaker and/or conference host/keynote speaker.
"Thank you so very much for all your hard work last night. Everyone I have spoken with thoroughly enjoyed your segment of the evening. You did an excellent job at warming up the crowd and got the evening off to a great start, thank you once again."  Praise for Michael who hosted the Seatrade Awards - May 2012
"We thoroughly enjoyed having Michael Portillo as the MC and speaker at the British Expertise International Awards"   November 2011
"Michael Portillo was an excellent keynote speaker " he is very funny and was able to tell jokes with a style that many a professional comedian would be proud of.  He was also very empathetic with our audience and had listened to the brief. He gave a very wide ranging and fascinating speech and the audience loved him."   Michael addressed the Interchange & Consort Hotels annual conference in Marbella - January 2011
"Everyone is raving about his role at our conference. He has been described as gracious, responsive and asking the most impressive questions of the day - needless to say we are absolutely thrilled and very grateful."  National Year of Reading - September 2008 - Michael chaired their conference in London
"Michael Portillo went down very well"¦he made some jokes, and gave interesting anecdotes as well as sticking very closely to the brief that we gave to him, so a definite success." Avail Consulting - June 2008
""why can't everyone be so accommodating and pleasant!"  RICS - Michael spoke and hosted an awards ceremony in the North East in Spring 2007
Read More