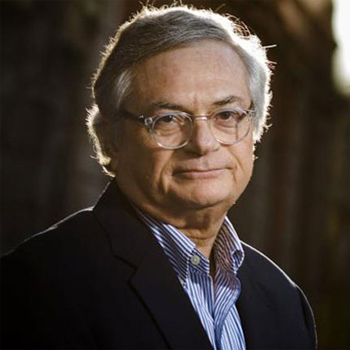 Editor-in-chief of Foreign Policy magazine, Moisés Naí­m, relaunched what is now one of the world's leading publications on international affairs and winner of the 2003 and 2007 National Magazine Award for general excellence. Foreign Policy circulates in 161 countries and is simultaneously published in twelve languages.

Dr. Naí­m has written extensively on international politics and economics - especially about the unintended consequences of globalization. His opinion columns appear every Sunday in El Pais, Spain's leading newspaper, and are reprinted by most major newspapers in the Spanish-speaking world. Naim's articles also appear regularly in Italy 's L'Espresso and often in The Washington Post, The Los Angeles Times, The New York Times, Newsweek, and TIME. For the last ten years his "Missing Links" column in Foreign Policy magazine has exposed the surprising effects of the many ways in which the world is now interconnected.

Moisés Naím, is the author or editor of eight books including 'Illicit: How Smugglers, Traffickers and Copycats Are Hijacking the Global Economy', which was selected by the Washington Post as one of the best non fiction books of 2005. Illicit is published in 14 languages and is the subject of a TV special produced by National Geographic and PBS and released for worldwide distribution in 2008. He is a frequent commentator on US, European and Latin American radio and television and a frequent keynote speaker at major international business conferences.

Dr. Naí­m is a member of the board of directors the National Endowment for Democracy, Population Action International,  the International Crisis Group and of the World Economic Forum's International Media Council, which is composed of the 100 most influential media figures in the world.

Moisés Naí­m previously served as an executive director at the World Bank and directed policy studies on economic reforms at the Carnegie Endowment for International Peace. He also served as Venezuela 's minister of trade and industry in the early 1990's. Prior to his ministerial position, he was professor and dean at IESA, a business school and research center in Venezuela.

Dr. Naí­m holds MSc and PhD degrees from the Massachusetts Institute of Technology.

Editor-in-chief of Foreign Policy magazine, he has also written extensively on international politics and economics. He has been an executive director of the World Bank, is an authority on globalisation and served as Venezuela's Minister of Trade & Industry in the 1990s.