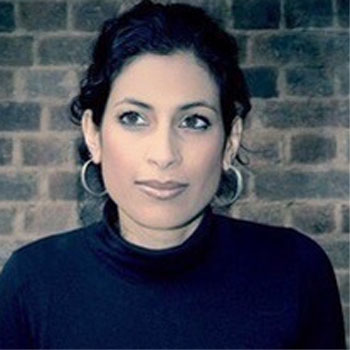 Nadira Tudor is a former News Anchor and Correspondent for RT International, broadcasting mainly the Moscow studio. She presented and reported on international breaking news and generic news stories of the day.

Expert analysis from specialists and analysts is commonplace and Nadira was able to interview these subject matter experts to ensure that all angles were covered. She has covered Brexit, the Syrian conflict, world elections, disasters, the 2018 World Cup and international politics and many more!

Nadira began her career at the BBC as a producer, reporter and presenter simultaneously.  She has worked across several networks of the BBC, diversely across factual, entertainment, current affairs and news; from the prestigious BBC Radio 4 to BBC Wales, BBC Radio 1 & 1xtra, BBC 5 Live, BBC Drama, BBC News, BBC Three, BBC Business and BBC Asian Network.

Her corporate career has led her to star in adverts and numerous commercial ventures including Samsung Galaxy “The Beginning”, Aardman Animations and Flybe. She is the voice for one of the largest tech companies in the world, Yandex, numerous educational programmes and memorably, the last Durex campaign in the UK!

She recently narrated an 8-part documentary for Channel 5/Channel 10 (Australia) and in the last year has been a guest lecturer for the following universities: Cardiff School of Journalism, Manchester University, Open University.

Nadira does a range of corporate work across the board.