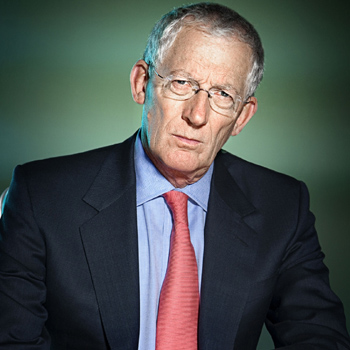 Nick Hewer came to prominence as Lord Sugar's right-hand man on The Apprentice and is now the new presenter on Countdown. He is an intriguing and entertaining after dinner speaker and awards host with his wonderfully dry sense of humour and lifetime of business experience.

Hewer's PR firm represented Amstrad in the 1980s and went on to be  responsible for handling the media for of all Alan Sugar's business and charitable activities. In addition, he built up a long and impressive client list, including the Secretariat of HH the Aga Khan and the wife of the ruler of Dubai, the late Sheikh Maktoum.

After selling the business, Nick retired early to his house in south west France until Sir Alan asked him to help negotiate with the producers of The Apprentice. The tables were turned when Sugar persuaded Nick to take an onscreen role and promised to negotiate his fee...having Sugar negotiate with the BBC was an experience "...after fighting him tooth and nail over my fees for so many years."

Nick's after dinner speech takes audiences behind the scenes, before turning into an extended question and answer session. With The Apprentice as popular as ever, there is never any shortage of questions.