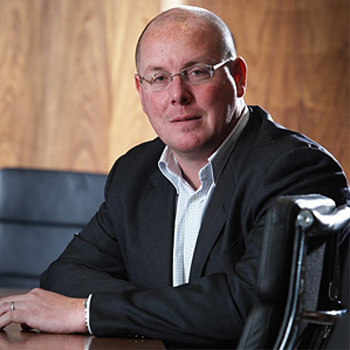 The collapse of Barings, and Nick Leeson's role in it, is one of the most spectacular debacles in modern financial history. How could one trader bring down the banking empire that had funded the Napoleonic Wars?

Nick Leeson, the young gambler who found himself sucked into a terrifying spiral of loss was a working-class boy who lived high in an upper-class world until his unchecked gambling caused the downfall of Barings, the banker to the Queen and caused chaos in the Singaporean money market.

Markets have always been cruel, but rarely have they been so cruel so swiftly and on such a grand scale.

Nick talks candidly about what happened, the lack of accounting safeguards, his capture and confinement for nine months in a Frankfort prison and being sentenced to 6½ years by the Singapore court for forgery and cheating.

He also talks about being diagnosed with cancer and his fight against it.

In the aftermath of the AIB trading scandal in New York, and the collapse of Enron and Worldcom, Nick provides a fascinating insight into the continuing failures of senior and middle management at large corporations who still fail to protect shareholders and customers.

Nick has more recently been asked to deliver a number of talks centred around Stress, Wellbeing and Mental Health. Given what he endured during his time at Barings, 4½ years in a Singaporean jail, divorce and colon cancer, Nick is well placed to deliver a fascinating personal account of someone who has been at the lowest point – with the very real contemplation of suicide during his time in prison – to come out the other side and form a new life for himself.

"We wanted a different approach to our Compliance training this year, which Nick Leeson provided. His session was highly thought provoking and Nick painted a stark picture of the devastating effects of failing to take the right approach to risk management and compliance. Challenging, stimulating – and entertaining. Many thanks.”  NBC Universal

“Nick was exceptional and I will be honest a few from our membership were unsure why we were having him given his past. He blew the crowd away and it was only a shame there had not been more time for questions.”  Fiona Mackay, Director and Member Engagement – ICAS

“Our compliance day was extremely well received and having Nick as the external speaker really did add the buzz we wanted to the day. His presentation was great as expected and he covered the areas on our brief perfectly! His style of delivery was informative and humorous and plenty of questions at the end!” Diageo UK