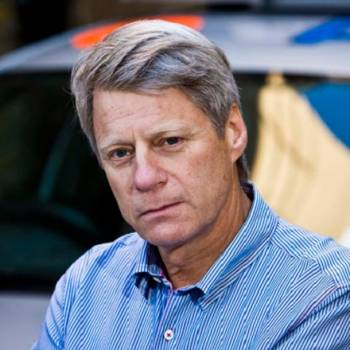 Nick Ross had intended to be a clinical psychologist until he was temporarily distracted into journalism where he worked as a freelance, principally broadcasting for the BBC. He always maintained that when he grew up he would get a proper job.

He read psychology at Queen's University Belfast. The Nobel-laureate Seamus Heaney was among his teachers and the youngest MP Bernadette Devlin was among his contemporaries. He graduated with a BA (Hons) and later became a Doctor of the University (honoris causa).

He moved into journalism through his involvement in politics. He won the largest popular vote in the student union's history, and became a member of the students' union executive at a time when tensions were building in the province and the student movement was at the centre of events. He was a student civil rights leaders and deputy president of the union when the troubles broke out in earnest, and was among the first to conduct academic research into the troubles in Northern Ireland, investigating prejudice among school children, and showed that for practical purposes and contrary to a widely held assumption in the Province even in the most sectarian communities people cannot tell Catholics from Protestants just by looking.

Nick remained in Northern Ireland for seven years after becoming involved in broadcasting more or less by chance. His first appearance, like most of those that followed, was live. He reported regularly on the troubles for BBC Northern Ireland, with news and documentaries (as well as a chat show), and witnessed much of the bloodshed and political turmoil when the violence was at its height. He enrolled for a PhD but was tempted by offers of broadcasting work in London. He once applied for a job as a BBC news reporter but was turned down. The following day he was hired by the the World at One and has been a freelance ever since.

He presented The World Tonight and Newsdesk while still in his twenties and became a household name in the 1980s on Breakfast TV, Watchdog and Crimewatch. One of the UK's most prolific broadcasters across a wide range of issues, he specialised at various times in news, current affairs, politics, and crime, with occasional forays into chat shows and quizzes.

Away from television he has gained a reputation as one of the best conference moderators and chairs meetings for companies and government agencies around the world.