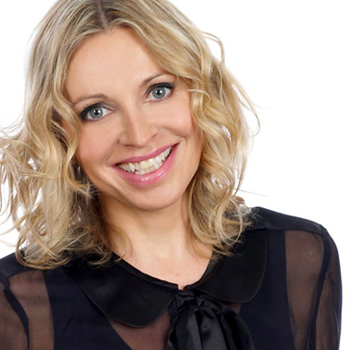 Nikki is a TV and radio presenter of Anglo-Indian descent, born to an Indian father and an English mother.
She began her career working in Mumbai as both a stage and television actress and worked with some of India's finest directors.  Spotted by Channel 4, Nikki hosted Bombay Chat, an on-location celebrity talk show. It was such a success that it prompted STAR TV to give her the primetime slot for Nikki Tonight, which quickly proved to be Asia's most widely viewed and controversial talk show.
After spending time living and working in Los Angeles, Nikki returned to the UK to become the face of Universal's film channel The Studio.  She went on to present and produce the live movie show Worldwide Screen on NOW TV.
While continuing her TV work on BBC2's Desi DNA, Nikki pursued a radio career. A new weekend Breakfast Show on the BBC Asian Network quickly led to her taking over the station's DriveTime show and most recently her daily entertainment, arts and culture show called Nikki Bedi.
She has written and hosted shows both in the UK for Channel 4 and the BBC, and in Mumbai. She presented a documentary series 'Bollywood Britain' for BBC Radio 2 and the property series 'To Buy or Not to Buy' on BBC1.
Nikki is currently hosting her own radio show, The Nikki Bedi Show - a music and entertainment programme on BBC Radio London. She has also guest presented The Breakfast Show, The Eddie Nestor show and the Jo Good show, all for Radio London.

Nikki has hosted a plethora of corporate events including the NFRN Awards, the Asian Business Awards and, most recently, the Afiya Awards - an inaugural event honouring the leaders in health and social care.
"Her empathy, energy and ability to manage a demanding schedule of awards and entertainers was a true reflection of her professionalism. The Afiya Trust has no hesitation in recommending Nikki to other clients, and we hope that we can work with her in the future." - Patrick Vernon, Chief Executive, The Afiya Trust
Read More