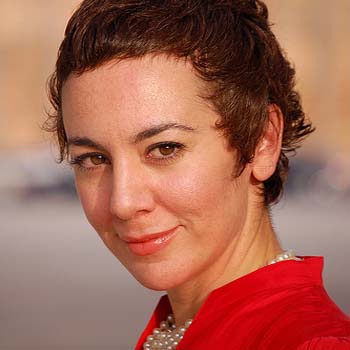 Nima Abu-Wardeh is a bilingual English Arabic broadcast journalist specialising in Arab issues. She presents BBC World's weekly business and finance programme, Middle East Business Report (MEBR) and was part of the team that set up the programme. She has reported, produced and presented programmes for Al Jazeera and Dubai's Business Channel as well as BBC World.
Before joining MEBR, Nima was a regular guest on BBC Radio 4's Four Corners addressing Arab issues, and a guest on BBC World's Dateline London as a regional expert.
She is regarded as an opinion leader and in this capacity is approached by think-tanks, the corporate world and government organisations for her insight. She is also invited to give talks as well as participate in off-the-record discussions about the region.
Nima provides consultancy and media training to government institutions and the private sector. She has written opinion pieces for Forbes Arabia and has taught media courses at Zayed University in the United Arab Emirates as a visiting lecturer.
Nima regularly chairs, and is a speaker at, regional and global gatherings, notably the World Economic Forum and the Arab Business Council meetings, as well as other events and awards evenings.
Nima is keen to encourage talent and the region's youth and has helped create competitions that serve this purpose, such as the Scintilla Monaco poetry competition. She has also judged numerous awards, competitions including Dubai's mini film festival, and been an on-screen judge for Discovery's Reel Race.
Nima also likes to promote Arab culture, identity and unityand has been a member of the Arab Thought Foundation's Advisory Committee as well as a board member of the World Congress for History Producers.
Nima has received awards for excellence from regional businesses and communities.and a recent achievement was winning the first Oxford Alumni debate to be held in this region, in June 2009.
"She presented very well .... in terms of style, dymanism etc she was good."    for Nima's keynote speech at the Middle East Duty Free Association (MEDFA) Conference - November 2011

Nima is a BBC World presenter and respected middle eastern journalist based in Dubai.