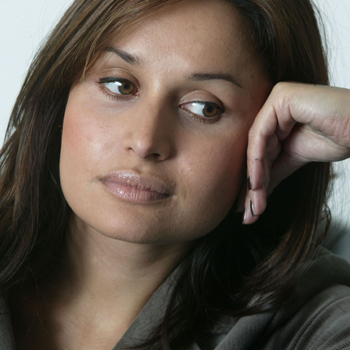 Nina is a presenter with ITV News, working across their network news programmes including the ITV Evening News.

Born in Huddersfield, West Yorkshire, Nina studied English Language and Linguistics at Durham University, before gaining a Post-graduate Diploma in Broadcast Journalism at the University of Central Lancashire, Preston. On graduation she was chosen for a traineeship at Border Television in Carlisle. During the four years she spent there, Nina produced, reported and presented.

In 2000 she moved to London to be a presenter on The Medical Channel, a business to business satellite service for NHS professionals.

A year later she took a post as a face for the launch of BBC London News. She began with a stint as a reporter/presenter on Newsroom South East and went on to present BBC London's flagship evening news programme.

When not working Nina enjoys spending time with family and friends, a good book and her i-pod. She is also a keen traveller and took time out in 2003 to sail around the world on a tall ship and she also loves snowboarding.

Nina also chairs conferences and seminars and is a highly skilled conference facilitator and after dinner speaker. She has a wealth of experience hosting events and award ceremonies, both at home and abroad.
Read More