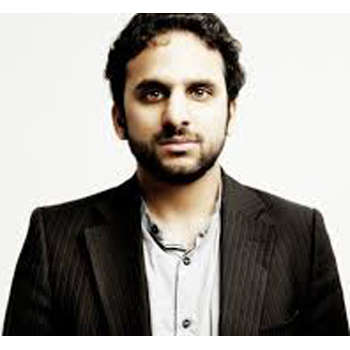 Since beginning his comedy career in 2006, Nish has achieved global success on the stand-up circuit with three rave reviewed solo stand-up shows. In 2012 Nish’s debut solo show, ‘Who Is Nish Kumar?’ earned a spot on Dave’s ‘Ten Funniest Jokes of The Fringe’, a nomination for Best Show at the 2013 Leicester Comedy Festival and two sell-out runs at one of London’s most noted comedy haunts, The Soho Theatre.

His 2013 follow-up show 'Nish Kumar Is a Comedian’ received four and five star reviews, another sold out two week run at The Soho Theatre and an invitation to perform at the Melbourne International Comedy Festival the following year.

Nish’s third show in 2014, ‘Ruminations on the Nature of Subjectivity’ was also met with great success consistently, selling out at the Edinburgh Fringe Festival and The Soho Theatre.  He was invited to join a stand-up tour of India with the Melbourne International Comedy Festival Roadshow.

He's had regular invitations to perform at other renowned comedy festivals including the New Zealand Comedy Festival, Leicester Comedy Festival and the comedy tent at Latitude Music Festival.

In addition to his achievements as a solo artist, Nish has also been one half of comedy duo ‘The Gentlemen of Leisure’ with fellow comic Tom Neenan since 2009. ‘The Gentlemen of Leisure’ have enjoyed great success across the UK including in 2012 when they wrote and performed a site specific tour of the British Museum which was the first of its kind and earned them an invitation to feature on ‘The Comedy Club’ for Radio 4 extra.

Alongside his flourishing stand-up career Nish has also made the exciting step over to the small screen having graced television sets across the nation on the likes of; ‘The Alternative Comedy Experience’ (Comedy Central), ‘Live at The Comedy Store’ (Paramount), ‘Live At The Edinburgh Festival’ (BBC Three), ‘Sweat The Small Stuff’ (BBC Three) and ‘Alan Davies As Yet Untitled’ (Dave). As well as a regular writing spot on the recently re-released (and namesake) show ‘The Kumars’ for Sky One. Nish has also appeared on BBC Radio 4, BBC Red Button, BBC Online and on ‘Russell Howard’s Stand-up Central’ .