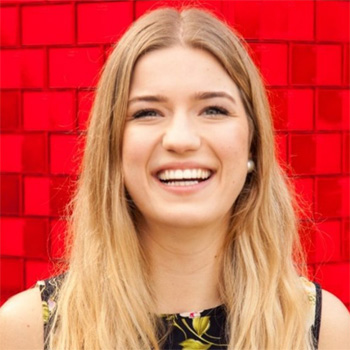 Olga Koch does stand-up comedy onstage and creates cathartic performance art in the privacy of her own home!

She has trained at the UCB Theatre in New York, as well as the Soho Theatre and the Free Association in London.

In 2018, she was nominated for Best Newcomer at the Edinburgh Comedy Awards for her debut hour, FightWhile it contains a short section on martial arts, Fight has nothing to do with physical fighting. She followed it up in 2019 with a show called If/Then which was all about computers and love.

She studied Computer Science in the States during her teens, and was on of only 3 females on her course. She reflects on Western attitudes to STEM subjects, something that didn't exist in Russia due to the Soviets desire to utilise all available talent...her grandmother actually worked on an all Female team on the space programme.

Stereotypes and science aside, she is very funny.