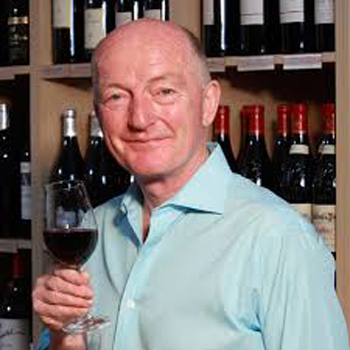 Oz Clarke's wine career began when he captained the wine-tasting team for Oxford University. After graduating, Oz spent a number of years as an actor for the Royal Shakespeare Company, The National Theatre, The Old Vic, Chichester and the West End. Before turning to writing professionally in 1984, Oz was by then a leading West End actor (playing all the men in the Mitford Girls, Sweeny Todd and Peron in Evita).

He has been wine correspondent of The Daily Telegraph. His first book, the first edition of Webster's Wine Guide (now annually published Oz Clarke's Wine Guide) won the first Wine Magazine Book of the Year Award and the first Wine Guild of the United Kingdom Wine Writer Award.

Since then he has written Oz Clarke's New Essential Wine Book, a further fifteen editions of his Wine Guide and The Pocket Wine Guide, which again won for Oz the Wine Guild and Wine Magazine Book of the Year Award, Sainsbury's Regional Wine Guides and Sainsbury's Pocket Book of Wine. Oz Clarke's New Classic Wines is a major book about new world-class winemakers and their wines that should, in Oz's opinion, be regarded as 'New Classics'. This book won the Glenfiddich, The Andre Simon and The Wine Guild Awards.

In 1995 he launched the Microsoft Wine Guide on CD ROM, which reviews nearly 6,000 wines with regional maps. It has been awarded the Silver Award in the category titled "Vittoria Coffee Best Food and/or Beverage CD Rom or Website.

Oz Clarke's Wine Atlas, was published in October 1995 by Little, Brown and this book represents a unique approach to the world of wine, capturing the beauty of the world's great vineyard areas in spectacularly hand-painted panoramic maps and full-colour photographs. This book won the Julia Child Cookbook Award in The Wine, Beer and Spirits Category.

Oz was given the Special Millennium Award by Le Prix du Champagne Lanson for his outstanding contribution to wine education and communication during
the last ten years. Mr Georges Alnot, Managing Director of Champagne Lanson said 'we are proud to present this Award to Oz Clarke, for his enthusiasm, passion and energy in his field'.

Oz was a presenter of BBC TV's Food and Drink programme where his remarkable tasting ability  won him great notoriety. He was a regular presenter of the BBC1 daytime makeover show Style Challenge, and has contributed to numerous programmes on both TV and Radio.

In 2006 he toured France with Top Gear's James May in James and Oz's Wine adventure broadcast on the BBC, which was followed by a tour of California and most recently a UK tour of pubs and breweries, due for transmission in 2009.

As well as his work as a broadcaster Oz hosts many wine tastings throughout the year and produces his annual Wine Guide. He is a popular choice at corporate events, conducting themed tastings, and matching wines to certain menus, and taking the audience through his choices before each course.

Oz Clarke lives in West London, where, when not writing about wine, he likes to avoid drinking altogether (except for the occasional pint of Fuller's ESB), playing any sport he can lay his hands on and dreaming wistfully of lying on a palm-fringed sandy beach somewhere near to the Equator.

'A rather belated note to thank you for all your efforts on 24th May - another "tour de force"...the evening was a great success and our clients clearly thoroughly enjoyed themselves, as did my partners and staff.'
Slaughter and May - Oz conducted a wine tasting of Old and New World wines at their offices in London

'Oz went down very well with the guests and was great to work with.'
Citroen UK - Oz conducted a wine tasting at the launch of the Citroen C4