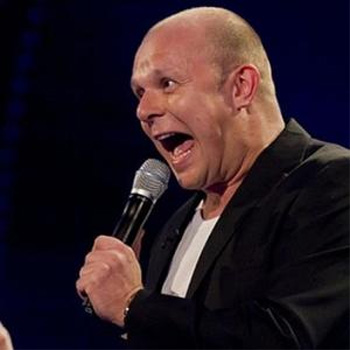 After arriving on our TV screens in 2010 Paul Burling cemented a career of over twenty years hard work as an impressionist and comedian with the exposure and recognition he had always wanted, reaching the final of ITV's Britain's Got Talent.
Following on from the live TV shows, Paul toured the country with the Britain's Got Talent national tour performing in many iconic arenas such as London's 02 and Wembley. As the momentum continued he was asked to appear on TV shows including The 5 o'Clock Show  Channel 4 and Breakfast TV for BBC, ITV and SKY and Paul was delighted when  ITV commissioned the show It's Paul Burling which was followed by regular appearances on BBC Radio Bristol.
During the 2011 finals week of Britain's Got Talent Paul also appeared alongside Avril Lavegne and David Hasselhoff on Britain's Got More Talent, the only previous finalist to do so this year. His next appearance on TV was the BBC1 show The Slammer in 2011 on BBC1.
An experienced and talented voice over artist, Paul has been commissioned to work for various national and local radio stations including BBC Radio, Pulse FM & Ocean FM as well as performing quirky voices for holiday chains such as First Choice, Haven Holidays and West Star.

Paul's background before television was always live shows and his act is perfectly honed for the live market. He has successfully performed in tours, Variety Shows and at corporate events for many years and even before his TV exposure was well known within the entertainment business as one of the finest comedy personalities on the circuit. He has been requested by a number of high profile companies to perform his show live in the raconteur style, adapting his performance to include dialogue and impressions relating to the client.

Paul also loves to perform in Pantomime and has a number of successful shows under his belt.  During these festive performances Paul has met and worked with a number of what he calls Great People these include various actors, comedians and the odd Hollywood star!