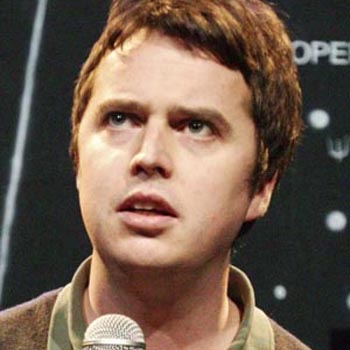 Paul McCaffrey is a stand-up comedian and comic actor. He starred in the popular prank show, Impractical Jokers, on BBC Three, alongside Roisin Conaty, Joel Dommett and Marek Larwood. As a stand up comedian, Paul quickly established himself on the circuit with his incredibly likeable, 'everyman' persona, winning both The London Paper and the Latitude Festival new act competitions.

In 2012 Paul took his second solo stand-up show, Pills'n'Thrills and Belly Laughs to the Edinburgh Festival to great critical acclaim. Paul filmed the stand-up spot on BBC Three's Russell Howard's Good News and is a regular guest on talkSPORT's Extra Time. He has also done studio warm-up for Channel 4's The Morgana Show and ITV1's That Sunday Night Show.

Paul's warm and anecdotal style of stand-up, made distinctive by his brilliant portrayal of the characters he encounters in his life.

He has also entertained audiences with his studio warm-up for The Morgana Show (Channel 4) and That Sunday Night Show (ITV 1), and can currently be seen at some of the best comedy clubs in the country.