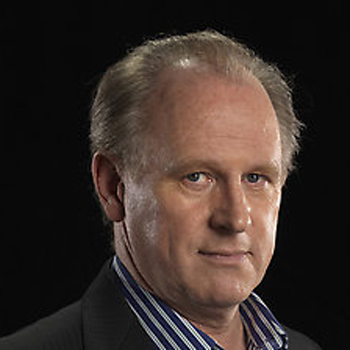 Peter Moffett, better known by his stage name Peter Davison, was born in 1951 in Streatham, south London.  In 1961, he and his family - parents Sheila and Claude (an electrical engineer who hailed from British Guiana) and his sisters Barbara, Pamela and Shirley - moved to Woking in Surrey, where Davison was educated at the Maphill School. It was here that he first became interested in acting, taking parts in a number of school plays, and this eventually led to him joining an amateur dramatic society, the Byfleet Players. On leaving school, he took a variety of short-lived jobs ranging from hospital porter to Hoffman press operator. He was still keen to pursue an acting career, however, and so applied for a place at drama school.

He was accepted into the Central School of Speech and Drama and stayed there for three years.

His first professional acting work came in 1972 when, after leaving drama school in the July of that year, he secured a small role in a run of "Love's Labour's Lost" at the Nottingham Playhouse. This marked the start of a three-year period in which he worked in a variety of different repertory companies around the UK, often in Shakespearean roles. He then made his television debut, playing a blond-wigged space cowboy character called Elmer in "A Man for Emily," a three-part story in the Thames TV children's series "The Tomorrow People," transmitted in April 1975.

His possibly best known for playing Tristan in the BBC's "All Creatures Great and Small," based on the books of country vet James Herriot. A role which lead on to him becoming the fifth Doctor Who.

In recent years, Peter's starred in a variety of productions on stage and screen, including roles in At home with the Braithwaites, The Last Detective and most recently Distant Shores alongside Samantha Bond, all for ITV.
Read More