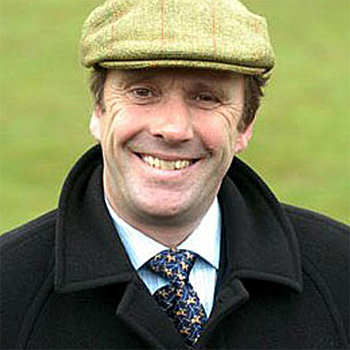 Universally known as "Scu", Peter Scudamore never won the Grand National (his best result was third on Corbiere in 1985) but what he did to the record books in his 14-year career was something else again.

When he retired in 1993, Scu had ridden a total of 1,678 winners out of 7,521 mounts and was the most successful jump jockey in history. He was champion jockey a record eight times (one shared with John Francome), the last seven in succession (1985-1992).
However, one Scudamore season stands out like a beacon. In 1988-89, Scu attacked Jonjo O'Neill's record of 149 winners in a single campaign with a gusto never before seen on an English racetrack. By the time he had finished, Jonjo's record wasn't just beaten, it had been cremated. Scudamore finally notched up a staggering 221 winners.
A number of these winners came from his close partnership with the legendary trainer Martin Pipe, who was the first trainer to refine his methods with a very scientific approach. Indeed, of Scudamore's 1,687 winners, 792 had been saddled by Pipe.
Now retired from racing, he trains racehorses with his partner Lucinda Russell.
Read More