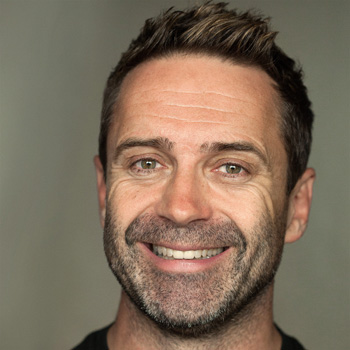 Phil Nichol is a truly unique performer. An acclaimed actor, award winning comedian, producer, presenter, writer and musician, there is no end to his talent!

Phil is an energetic and exciting performer with an unquenchable thirst to break boundaries and innovate with his work. His skill as an improviser whether it be musical, comedy or straight is unparalleled. With a surreal edge to his mischievous rantings, Nichol always brings something new to the stage. His keen sense of fun and eye for the shocking and absurd has cemented his position as one of the best comedians on the circuit today - shown clearly by his record-setting six nominations for the Chortle Awards' 'Best Headliner/Club Comic'. Phil's assured and award winning performances in his theatrical work have attracted critical accolades and see him in great demand as an actor.

Come August each year he can be found at the Edinburgh Fringe where he regualrly picks up 4 and 5 star reviews.

Phil headlines all the major comedy clubs around the country as well as performing at many corporate events as both host and after dinner entertainer.
He is also in high demand for work as a voiceover artist.