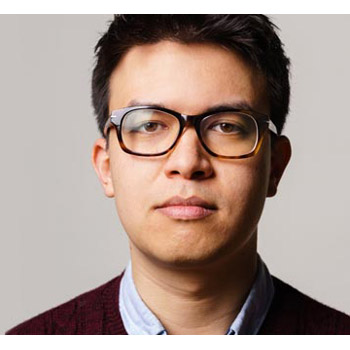 Phil Wang's television appearances have been growing at a fast rate. He's been on Live at the Apollo (BBC2), Have I Got News For You (BBC1), Would I Lie to You? (BBC1), Jack Dee’s Inauguration Helpdesk (BBC2), 8 Out of 10 Cats Does Countdown (C4) and Drunk History (Comedy Central), as well as writing and staring in his own sketch series for Radio 4 with his Foster’s Newcomer Award nominated sketch trio, Daphne.

Phil grew up in Malaysia, where he was taught in Malay, Mandarin and English. He took GCSEs at boarding school in Brunei and at 16 moved to Bath in the UK, where his mother is originally from, to further his education.

He won the 2010 Chortle Student Comedian of the Year Award and, in 2011, Comedy Central's Funniest Student Award. In 2012 he was president of Footlights at Cambridge, where he took a four-year engineering degree.

Previous television appearances include The John Bishop Show (BBC1), Russel Howard’s Stand Up Central (Comedy Central) and a regular role in the BBC3 sitcom Top Coppers. He has also appeared on Funniest Moments of 2014 (Channel 4), The Rob Brydon Show (BBC2), Three at the Fringe (BBC3) and on BBC Radio 4’s Fresh From the Fringe and Best Behaviour, and the Comedy Live Lounge (BBC Radio 1). Previous awards include Chortle Student Comedian of the Year Award and Comedy Central’s Funniest Student Award.