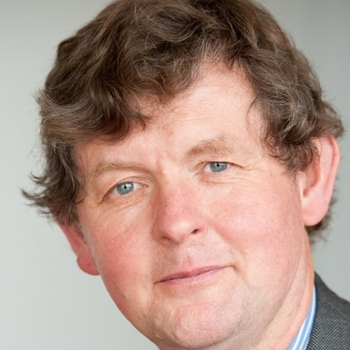 Philip Coggan was educated at Sidney Sussex College, Cambridge. He is a British columnist - Buttonwood columnist and capital markets editor for the Economist and author of books on economics.
Previously, he worked for the Financial Times for 20 years, most recently as Investment Editor
and in that post, he founded the "Short View" column and wrote the "Long View" and "Last Word" columns.
Philip has won the title of Best Fund Management Correspondent on four occasions,
the Best Newspaper Story of the year for 2006 in the Business Journalist of the Year awards and was previously Unit Trust Journalist of the Year.
In 2008, he was named Senior Financial Journalist of the Year by the Wincott Foundation and in 2009 he was voted Best Communicator at the
Business Journalist of the Year Awards.
Among his books are "The Money Machine: How the City Works" - a guide to the city that is still in print after 25 years and "The Economist Guide to Hedge Funds" and "Paper Promises: Money, Debt and the New World Order" published in 2011, was Spears magazine's business book of the year in 2012.  He was voted Journalist of the Year by the Society of Pensions Consultants (2012)
and His latest book, "The Last Vote: the Threats to Western Democracy" was published in September 2013.
Entertaining, engaging and to the point Philip Coggan has spoken at meetings of private investors, economists and fund managers. In his clear and concise presentations, he brings together the worlds of economics and finance bridging the knowledge gap and clarifying the understanding of the world of hedge funds and seeking to explore what is really going on behind the headlines.
Read More