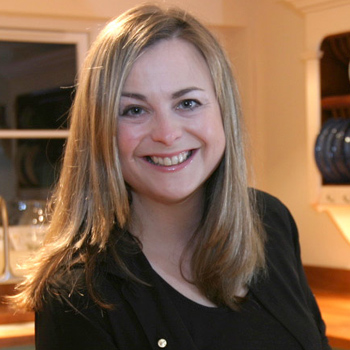 Philippa is an intelligent and charismatic presenter. She is best known for her experience in live television, most notably Tomorrow's World she presented this alongside Peter Snow for seven years and during that time anchored many live specials and outside broadcasts.

Live Events for the BBC include:

Eclipse which she presented with Michael Burek and had the highest ever viewing figures for a daytime TV programme. She presented the Queen's Jubilee Celebrations for three days with David Dimbleby, covering The Mall on the day of the procession. Crufts which she anchored for four years. The Foot and Mouth Special which was a live discussion programme hosted by the BBC. Zoowatch - a week's live coverage following daily life at London Zoo which she hosted with Rolf Harris. And the Heaven & Earth Show BBC1, a weekly one hour live discussion programme. Philippa co-hosted this show for two and a half years with Ross Kelly. 2005 saw her debut as a radio presenter for BBC Bristol where she has had a regular live Saturday morning show since.

Other television credits include:

The phenomenally successful Robot Wars which she presented for BBC2 for seven series and which contributed to FHM naming her the 42nd sexiest woman in the world [an accolade of which she is very proud!] Philippa has also presented many 'specials' and documentaries for the BBC's Natural History Unit. These included Making Animal Babies - Clever Critters - Man Meets Dog. There were also three series of a pet behavioral programme for BBC Features called Barking Mad TX BBC1.

Off camera, Philippa runs a production company 'Halcyon Media' with her husband Charlie Hamilton-James. Their out put to date includes: the award winning, My Halcyon River BBC2 Nov 2002, [this was the Radio Times most requested repeat that year]. The Wild Wood BBC2  Dec 2004, Tarka BBC2  Dec 2005 and The Restless River.

Philippa's authoritative and intellectual approach can be seen in her success as a published author. Her first book 'The River' (2004) is a humorous and autobiographical account of filming with her partner in the countryside. She regularly contributes article for magazines and newspapers including Sainsbury's magazine, The Express and travel articles for the Mail on Sunday.

Philippa has two degrees. She read English at Birmingham University straight after leaving school and then studied Ecology and Conservation part time at Birkbeck College, London while presenting Tomorrow's World, walking away with a First. This has been put to good use producing and presenting for the BBC's Natural History Unit.

Philippa is currently producing and presenting a series for Animal Planet about hand rearing an orphan foster otter cub called Grace and returning her to the wild. The series also follows the antics of her tame otter Honey, and the wild neighbours that visit.
"Thank you for making the Bett Awards 2013 such a brilliant night. There has been lots of great feedback on the Awards, especially your contribution and hosting which has been really well received.  It was such a pleasure to work with you.  Your hosting was wonderful and impressively professional!"  Philippa hosted the Bett Awards for R3 Events - January 2013
"Yesterday went brilliantly - Philippa was great!"  Philippa took part in a radio day for Anglian - October 2009
"Philippa was a great choice she arrived early, did a fabulous job and stayed right until the end. Many thanks for the suggestion."  March Publishing Philippa spoke at an environmental car launch - November 2007
Read More