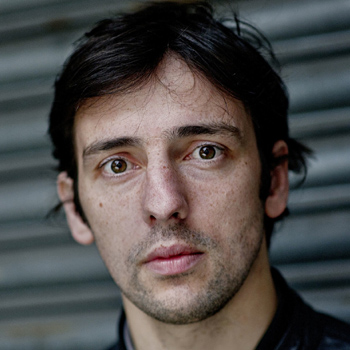 Ralf Little is an actor and writer best known for television comedy and the roles of Antony Royle in The Royle Family and Jonny Keogh in the first six series of Two Pints of Lager and a Packet of Crisps.  He is an accomplished awards host and a charismatic and entertaining presenter.

Lancashire born Ralf's big break came with the BBC sitcom, The Royle Family which prompted him to abandon his studies (at Manchester Medical School) and focus on his acting career.
His acting experience is extensive. In 2001 he played the young George Harrison in Presence at the Royal Court Theatre, for which he was nominated for an Olivier Award. In 2004 he played Billy Liar at the Theatre Royal in Windsor ad he appeared in Juliet McKoen's 2005 ghost story/murder mystery film Frozen, set in Fleetwood, Lancashire.
Between November 2002 and January 2003 He hosted three one-hour-long episodes of the Ralf Little Show on BBC3.
Other film credits include 24 Hour Party People (playing Joy Division and New Order bass player Peter Hook) and Al's Lads. Ralf also starred as Stephen, alongside Anne-Marie Duff, in Roger Goldby's film, The Waiting Room, released in 2008.  On television, he also appeared in Paradise Heights.
In October 2007, he appeared in the one man show, Stacy, written by Jack Thorne at the Trafalgar Studios in London and on TV in Robin Hood as a sinister scientist Joseph, in the episode "The Angel of Death".
In August 2007 he released his first online novel (co-written with Stephen Morris), The Golden Generation, a coming of age tale about a recently single man who is taken under the wings of two city traders who show him the trappings of big money in the big city but that it comes at a price. Money taken from the sale of the novel went to the charity Shelter.
He was a cast member of KateModern, a web series which developed by the creators of the US YouTube hit lonelygirl15.
In July 2008 he appeared in 50 Ways To Leave Your Lover, a new play at the Bush Theatre which and in the same year he starred in Massive, a BBC comedy about an indie record label. In 2008 he narrated the second series of Last Man Standing. In 2009, he played Clint in Married Single Other, alongside Miranda Raison.  He also worked on the film Powder.  In 2010 he starred in The Aliens, a British premier of a new play by Annie Baker and in 2011 he appeared as Richard Dickens in the Sky 1 comedy series The Café.
In 2013, he appeared in Death in Paradise and in 2013 appeared at the Liverpool Playhouse in a new production of A Day in the Death of Joe Egg.  In 2014, he appeared in the TV series Our Zoo.
A supporter of Manchester United, Ralf is a keen footballer and has played for a number of semi-professional clubs. 2003 he played for Maidstone United against AFC Wimbledon.  He joined the Isthmian League side Edgware Town in 2004, making his debut in the FA Vase game against Waltham Abbey.  He played for Chertsey Town during the 200708 season and signed for North West Counties League side Stone Dominoes.  He has also played celebrity football matches for charity.

"Ralf was great.   I was really impressed with how much effort he put in to try and understand the industry. He kept in touch and updated me in the run up to the event which was reassuring and he was awesome with the guests, mingling at the champagne reception, and sitting down for dinner. Couldn't have asked for any more from him."  Barker Brooks Communications - Claims Innovation Awards - June 2016