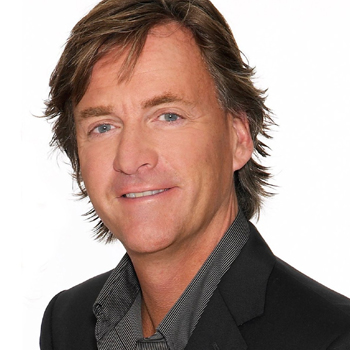 Richard Madeley began his media career in local newspapers, before moving to BBC Radio Carlisle at the age of 19 as a news producer and presenter. He soon moved to nearby Border Television as a reporter on the Lookaround local news slot, before fronting a similar local news programme Calendar with Richard Whiteley on Yorkshire TV. He next worked on Granada Reports in the early 1980s and it was at Granada that he met Judy Finnigan.
Richard and Judy presented the Granada-devised 'This Morning' from its inception in 1988 until 2001. A mix of celebrity interviews, household tips, cookery and phone-ins, lasting for two hours every weekday morning on ITV. It was broadcast from the Albert Dock in Liverpool until production moved to London in 1996.
The couple left This Morning in 2001 to host Channel 4's 'Richard and Judy' for an hour on weekday evenings until 2008. It was during this show that the highly successful Richard and Judy Bookclub launched.
Richard has presented several series of a TV version of the classic board game Cluedo, the game show Connections, the daytime quiz Runway and a series on the world's wildest weather, Eye of the Storm. He also hosted the ITV1 show Fortune: Million Pound Giveaway.
In 2007 he hosted 'Have I Got News for You' and on radio has covered for Richard Bacon on BBC Radio 5 Live, Sarah Kennedy on Dawn Patrol in 2009, for Zoe Ball and for Chris Evans' Breakfast Show on BBC Radio 2.
He appeared on Piers Morgan's Life Stories in 2009 and was a guest on BBC Question Time in 2010. In 2011, Richard featured in the eighth season of Who Do You Think You Are?, tracing his mother's ancestors.
Read More