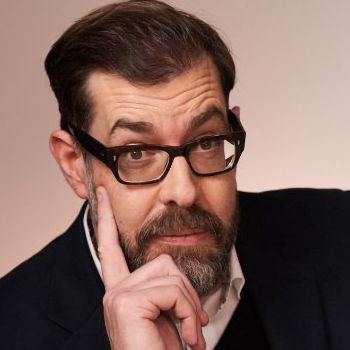 Richard is best known as Alexander Armstrong's sidekick on BBC1's hit quiz show, Pointless, a show he actually created. He also presents Richard Osman's House of Games for the BBC, while the first in his murder mystery book series, The Thursday Murder Club has received rave reviews and published around the world - the second book in the series is eagerly anticipated for September 2021.
Ricahrd studied Politics and Sociology at Trinity College, Cambridge (1989-1992), where he was a contemporary of Pointless co-presenter Alexander Armstrong. He worked at Hat Trick Productions before becoming creative director of the television production company Endemol UK, producing shows such as Prize Island for ITV.
Since 2009, Richard Osman has co-presented Pointless with Alexander Armstrong; having always worked behind-the-camera in television, it was only when he pitched the idea for Pointless to a panel of BBC executives and took the role of the host's assistant in the demonstration, that he was given the job as co-presenter.
Richard has been executive producer on numerous other shows, including Deal or No Deal, 8 out of 10 Cats and satirical comedy 10 O'Clock Live while his other credits include Whose Line is it Anyway?, Total Wipeout and 24 Hour Quiz. He has appeared as both guest and host on Have I Got News for You and is a regular on Would I Lie to You? On radio, he can often be found on Radio 5 Live's Fighting Talk.
Read More