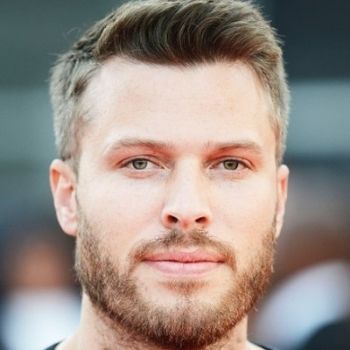 A Cambridge University graduate with a degree in Natural Sciences, Rick began his career in front of the cameras hosting E4’s music content. From here he moved on to the Channel 4 show “Freshly Squeezed” and then joined the T4 presenting team, leaving in 2011 after over 4 years of sterling service.

Since then Rick has fronted a diverse range of programming for Channel 4, from game shows to movie specials and music series to sports programmes. Amongst his most recent presenting credits are “That Paralympic Show” on Channel 4 and E4 entertainment show “Tool Academy” which is now in its third series!

In 2011 Rick fronted the live IAAF World Athletics coverage from South Korea and in February 2012 the IAAF World Indoor Championships from Turkey. In August 2012 Rick was one of the key members of Channel 4’s Paralympic coverage, co-presenting the The Paralympic Breakfast Show with Kelly Cates.

Having done stand-up at university and on the London circuit, Rick has recently made a tentative return to being funny – devising and starring in "Rick And Peter", a sitcom pilot for C4’s Comedy Lab. He has written and produced a series of comedy shorts – Games On – based around the London 2012 Olympics for BBC Comedy Online.

Amongst his other interests are the environment (he is a regular on the Observer Ethical Awards judging panel), fashion (which led to a monthly column on men’s style for The Observer Magazine), mathematics (his mental arithmetic is impeccable), and snooker (highest break: 32).