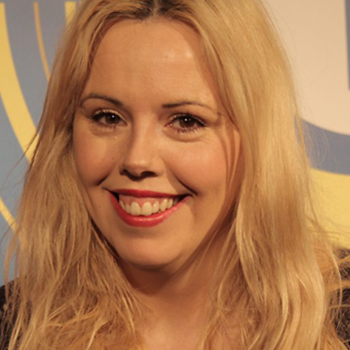 Stand Up Comedian and Awards Host, Roisin Conaty is a rising star - recently appearing on 8 Out of 10 Cats, Taskmaster and Have I Got News For you. She was also winner of the Fosters Comedy Award in 2010

Winner of the Foster's Edinburgh Comedy Award 2010 for Best Newcomer, Roisin Conaty is a multi-talented writer and performer. She brings her distinctive style of stand up to theatres all over the country.

Star of Impractical Jokers (BBC3) and Man Down (Channel 4), with regular appearances on Have I Got News For You (BBC One), 8 Out of 10 Cats (Channel 4) and Would I Lie To You (BBC One), Roisin Conaty is a brilliant and multi-talented comic and actress. In 2013, she completed filming a pilot of her own show, Game Face, for Channel 4, which aired in April 2014. She also filmed the second series of Man Down in 2015 and appeared in Taskmaster (Dave) and Russell Howard's Stand Up Central (Comedy Central).

Other TV and radio include Have I Got News For You (BBC1), Alan Davies: As Yet Untitled (Dave), BBC Three's hit show Russell Howard's Good News, Dave‘s One Night Stand for the Dave channel, The News Quiz (Radio 4), and Dilemma (Radio 4). She is also a series regular for The Great British Bake Off: An Extra Slice on BBC2. In 2012 she hosted her own one hour comedy special called Roisin Conaty's What If? for BBC Radio 1.

"Impressively adept at bringing these figures to life, without a trace of actressy bad habits."  Chortle