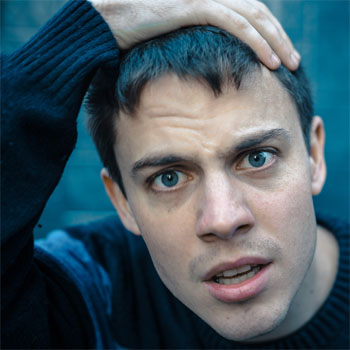 Hot newcomer Ross Smith is taking the comedy circuit (and the internet) by storm. Having only started gigging in 2015, he's a regular at some of the capital's biggest comedy clubs.

Ross's personable, relaxed style and contemporary material, underpinned by clever wordplay and self deprecating humour, has made him one of the country's most exciting emerging acts.

In 2018, he made headlines around the world when he agreed to go on holiday with complete strangers, taking the place of another man called Ross Smith. His viral adventure and the aftermath was the subject of his debut Edinburgh show, I Am Ross Smith!

Joel Dommett described him as 'one of my favourite new acts'.

And Nish Kumar called his comedy 'hilarious and original'.