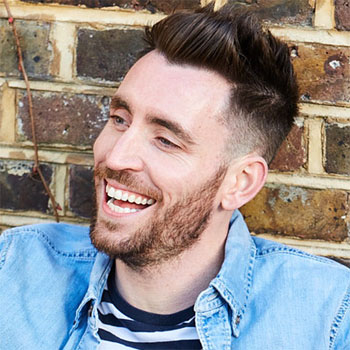 In 2017 Hand made a big splash onto Saturday night TV as a presenter on ITV's Cannonball, alongside Freddie Flintoff, Frankie Bridge, Maya Jama and Radzi.

Since then he's appeared on Celebrity Ninja Warrior,  Channel 5’s When Eurovision Goes Horribly Wrong, and was named Media Eye’s Rising Star of 2018.

The Irishman is known for his quick wit, charm and cheeky persona and spent 2 years warming up the audiences on ITV's Loose Women, joking with the likes of Ruth Langsford and Coleen Nolan.

Starting off as a runner with BBC Northern Ireland in 2008, Ryan quickly landed his first live TV presenting gig with BBC Blast, leaving the broadcaster several years later as a producer, journalist and presenter.

He's enjoyed presenting and reporting roles on ITV’s The Magazine, Q Radio's Breakfast Show, the BBC's Sports Personality of the Year Awards, and has featured on The National Lottery, Come Dine With Me and Strip Date.

A natural entertainer and energetic host, Hand has compered The Tall Ships Festival, Belfast Fashion Week, and has performed comedy across the UK and Ireland, Australia and New Zealand.

Ryan has also ventured into the world of acting having recently appeared in campaigns for Kenwood, Kellogg's and Hellman's. He was the face of The Sun Bets comedy sketches and can be seen on The Fall (BBC), Bodyfixers (E4) and  on a reoccurring Road Safety Advert (palm on face)

As a DJ he's a regular behind the decks at Topshop Oxford Street, House of Frazer and John Lewis, plays at corporate events and in clubs across London.