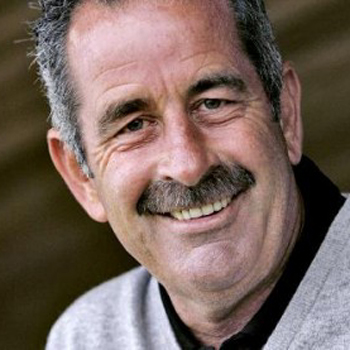 Sam Torrance is one of the most popular and charismatic golfers on the professional world stage. His career has spanned over 40 years, during which he has won over 40 tournaments around the world and has walked an impressive 18,000 miles in the process!
Sam followed his father into golfing and turned professional in 1970. He has enjoyed a remarkable career amassing 44 tournament wins. He won on the European Tour twenty-one times and won the European Senior Tour order of Merit in 2005, 2006 and 2009.
.
In between tournaments and golf course design, Sam is often found in the commentary box, where he has joined the BBC team at the golf Majors. He is also a regular contributor to Sky Sports News, CNN's Living Golf and he greatly enjoys his annual appearance on the BBC's A Question of Sport.
The Ryder Cup has played an enormous part in Sam's life, having competed in it eight times. One of the highlights of his career was sinking the winning putt for the European Team in 1985 at the Belfry, securing Europe's first victory in 28 years. He captained the European Ryder Cup team to their memorable victory against the USA in 2002 and this famous victory put Sam at the centre of the world's media attention and made him a household name.
Never far away from a golf course, more recently Sam has been building a strong reputation as a Golf Course Designer by designing the Torrance Course at the home of golf, St Andrews.
His contribution to the game was recognized in 1996 when he was awarded an MBE, and this was then complimented by an OBE.
In 1996 Sam was the subject of This Is Your Life and in late 2002 the Times newspaper declared him a "National Treasure."
In 2010 Sam's second book 'An Enduring Passion: My Ryder Cup Years' was published.  In it he recalls the two decades he spent pursuing Ryder Cup glory and looks at how the event has changed since the late 1970s.
Sam is a popular choice for speaking engagements, corporate hospitality, golf outings and personal appearances.

One of the most popular and charismatic golfers on the professional world stage. His career has spanned over 40 years, during which he has won over 40 tournaments around the world.