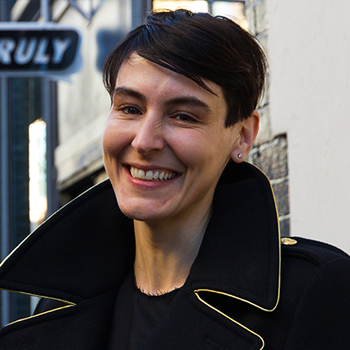 Sarah Wood is co-founder and CEO of Unruly, the video ad tech company.

Responsible for engaging and thought-provoking video campaigns, Unruly uses unusual and fascinating video advertisement to make brands stand out from the crowd.

Sarah studied at the iconic University of Cambridge and the University of Sussex. Where she lectured in American Studies. Now called back to teach in Online Video Culture and the Screen Media Revolution.

After being awarded City AM’s Entrepreneur of the Year in 2015, She Then was voted Best CEO at the 2016 Europas Awards. She is also Veuve Clicquot’s Business Woman of the Year.

Unruly was founded in 2006, then henceforth being acquired by News Corp in 2015 for £114 Million, Sarah was able to assist in the astonishing growth of the company to be able to to achieve that deal.

Sarah’s speaking engagements highlight and detail what is like and how to thrive in a male dominated industry, with varied and interesting topics, she is a popular speaker for business and technology events.

Co-founder and CEO of Unruly, the video ad tech company. Sarah is a force to be reckoned with! She has helped make 2 of the most successful ad campaigns ever.Sarah is a highly sought after speaker who talks on how to thrive in a male dominated sector.