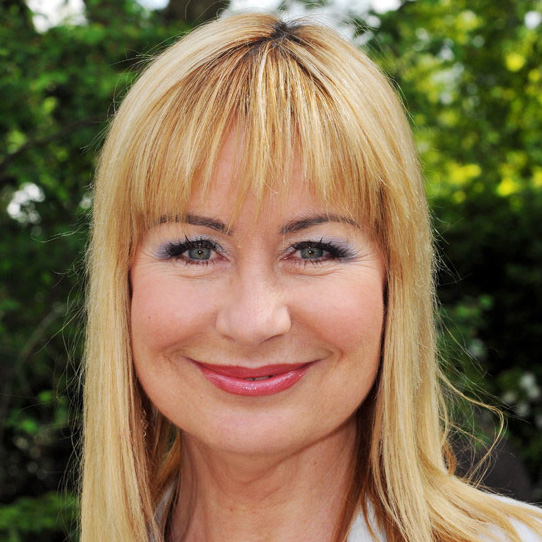 Sian Lloyd is probably most well known for her distinctive presenting style on ITV National Weather, but there is rather more to Sian than meets the eye, as was seen on ITV's second season of its BAFTA award winning Help I'm a Celebrity, Get Me Out of Here. Sian has also appeared on Celebrity Stars In Their Eyes! and on Harry Hill's TV Burp on ITV.

Since leaving Jesus College, Oxford, Sian's presenting career has taken her all over this country, and to many other parts of the world for both terrestrial television and corporate clients.

As a presenter Sian has been involved in many weekly and daily programmes, most of which were also live, including the BAFTA awards with Sir Anthony Hopkins, This Morning, Time Out, Friday Live with Eamon Holmes, Go Getters kids show on YTV HOW2, Torchi Llewys gardening series and the Welsh Fashion Awards. Sian was also involved in the Millennium 2000 Live extravaganza.

As well as excellent live skills, Sian is also an seasoned journalist, with many column credits  including The Mail on Sunday, The Telegraph and the Welsh edition of The News Of  The World.

SiÃ¢n is an extremely popular guest on many television programmes, including Through the Key Hole and This Morning, Tomorrow's World, Gardeners World Live, Body Heat, Esther, Watchdog: Value for Money, Fully Booked, Lily Savage, Celebrity Countdown, Breakfast with Frost and The Priory.

Sian Lloyd fans in the corporate world include PowerGen, British Gas, Post Office, Toshiba, the National Lottery and the Wales Tourist Board.

Sian is a very keen skier, she loves to cook, has travelled extensively and is a keen fashion follower. She also speaks French and Welsh.

The NCH charity for Children, and Angels Against Addiction, benefit heavily from any spare time SiÃ¢n has and can dedicate towards these very deserving causes.

'we had another very successful awards evening last Friday. Sian was absolutely brilliant - a real hit with our guests.'  Bromley Environmental Awards - June 2008

'I would like to thank you for gracing our award ceremony at the Celtic Manor ... Your profesionalism was self-evident but your easy manner and enthusiasm was also most impressive.'
EEF Wales