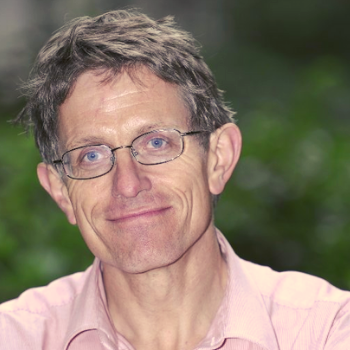 Simon Calder owes his love of travel to his parents - and in particular their decision to move to Crawley, a new town in Sussex. He was born beside the A23 on Christmas Day, 1955. By the time he was six, he realised that there was very probably more to life than this. Fortunately, that summer he joined the Woodcraft Folk (www.woodcraft.org.uk). They promptly organised a camping trip to the Lake District, and Simon was hooked.
Later that same year ... the USSR decided to send some nuclear warheads to Cuba, President Kennedy threatened retaliation and Simon's parents realised that Gatwick airport, two miles away, was in the line of Soviet fire. So they took the family to Gatwick, and boarded a plane to Guernsey in the Channel Islands. Simon has been grateful to Fidel Castro ever since.
The next significant age was 13, when he (Simon, not Fidel) travelled abroad for the first time, on a school day trip to Dieppe in northern France; unfortunately, learning Russian, not French, was compulsory at his school, so communication was tricky. He also learned the fine art of free travel by starting to hitch-hike. Decades later, he is still thumbing his way around the world, augmented by cycling.
Simon's first job was a cleaner for British Airways at Gatwick airport. He later worked as a security guard frisking passengers. It was during the long gaps between flights (this was a while ago) that he began to write budget travel guidebooks, starting with the Hitch-hiker's Manual Britain. When not frisking or writing, Simon was reading Mathematics at Warwick University.
Simon became travel editor for The Independent in 1994 and continues to write a weekly column as well as features and answering reader's questions. Soon afterwards he began presenting for BBC2's Travel Show. In 2003 he became a regular presenter for the Holiday programme on BBC1, and in 2007 presented the last film in the final programme of the series, which had run for 37 years.
He also writes for Conde Nast Traveller, High Life (BA's inflight magazine), Evening Standard  and Travel Trade Gazette, as well as many other publications.
He is regularly interviewed on TV about travel stories and events and is a frequent guest on BBC Breakfast News, Daybreak, ITV News and, Sky News.  He is also the presenter of Fast Track's Travel Clinic with Simon Calder on BBC World, where he answers holiday questions from viewers.
Read More