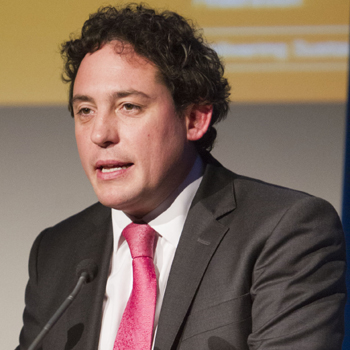 Simon replaced Declan Curry as the business presenter for BBC Breakfast, and also presented business news on the One o'clock, Six o'clock and Ten O'Clock News.

Before joining the BBC, Simon spent ten years in commercial and investment banking in London, New York and Bermuda. He has a degree in Politics Philosophy and Economics from Oxford University.

During the banking crisis in September 2006 Simon reported for BBC News, BBC News Channel and Working Lunch covering the Federal takeover of Fannie Mae and Freddie Mac, the Bankruptcy of Lehman Brothers, the bailout of AIG and the Lloyds TSB takeover of HBOS.

Simon has also presented business and financial podcasts for The Daily Telegraph and is an experienced and popular awards host and financial keynote speaker.

He lives in London with his wife and two daughters and supports Liverpool FC.

"Simon was really well received by everyone.  He mingled with guests pre-dinner and gave a very amusing and topical speech.  He'd done his homework with a lengthy conversation with our director general prior to his speech which was very well received and humorous.  He is a very likeable chap and we'd have no hesitation in recommending him to anyone else."
Simon was the after dinner speaker at the UKCPI Annual Dinner
Read More