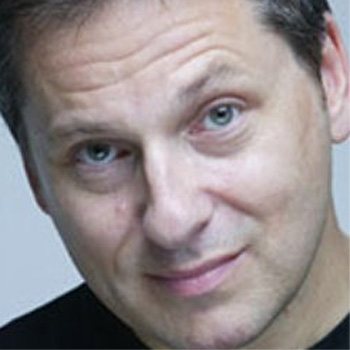 Simon Lipson is an actor and comedy writer who is also one of the country's best known impressionists.

He was born in London and took a law degree at the LSE. After a spell as a lawyer, he co-founded legal recruitment company Lipson Lloyd-Jones in 1987.
In 1993, Simon took his first tentative steps onto the comedy circuit and has since become an in-demand stand-up across the UK, as well as a regular TV and radio performer/writer. His first novel, Losing It, a thriller, was published by Matador in 2008.  He is a regular columnist for Gridlock Magazine.
Simon has appeared in the Sony Award winning Dead Ringers on Radio 4 as well as in a host of shows on Radios 2, 4 and 5, BBC1, BBC2 and Channel 4.
He has written and performed with Philippa Fordham and their show 'He Barks She Bites' was nominated for the Dubble Act Award at the Edinburgh Festival in 2005. This was followed by their own series 'The Fordham and Lipson Show' on Radio 4 in 2007/8.
Read More